DO YOU WANT TO RESOLVE YOUR ISSUES WITH LESS MONEY, LESS STRESS, AND LESS TIME THAN GOING TO COURT?

Learn more about the Benefits

Mediation is a negotiation facilitated by a neutral, impartial third party.

Mediation is a negotiation facilitated by a neutral, impartial third party who helps two people discuss and try to resolve their disputes.

Mediation is a wonderful opportunity for a neutral (the mediator) to sit down with both sides of a dispute to try to resolve their issues without going to court. The mediator is a truly neutral party and the process is confidential.  The mediator does not negotiate on behalf of either party, but helps to fairly guide and direct the process for the benefit and best interest of both parties and any children involved.

There’s nothing to lose, because you have to mediate before going to trial anyway. And you don’t have to reach an agreement, if you aren’t getting the resolution you want you can still go to court after.

You may be asking, “Does mediation work?” The data shows the answer is a CLEAR “Yes!”

Mediation produces agreement in 50 to 80 percent of cases. And people who mediate are significantly less likely to end up back in court.

Keep scrolling to read more about the benefits…

What are the benefits of Mediation?

Mediation saves you money. People who go to court spend 134% more on average.

Mediation is a much more efficient way to resolve your disputes in terms of cost and it significantly cuts legal bills.

Most lawyers don’t want you to know this: You net more in the end by not going to court.

The average cost of divorce in the United States is $15,000 per person. People who go to court can spend up to 134% more on average than those who mediate – that’s more than twice as much!

Mediation gives you a faster resolution with less stress and tension.

Mediation allows you to become divorced and resolve all your issues in a timelier fashion than if you wait and go to trial.

Mediation produces agreement in 50 to 80 percent of cases. And people on average reach a resolution in half the time it took to achieve a settlement through their lawyers and the courts.

Even if you need to go to court to resolve your issues, the legal statute requires that you mediate first. So the sooner you mediate, the sooner you can take your case to trial if it can’t be resolved in mediation. It causes the process to be shortened rather than lengthened, because you can’t have a trial without having done mediation.

And mediation reduces stress because it eliminates the conflict and you get to move on with your life. Most people are happy to just have it over, to be free of the stress and be able to move on with their life, and they’re happy they get to craft a resolution that works for them.

It helps resolve the tension within the relationship or family, to go ahead and try to get it resolved before you file and people start getting hurt feelings and get cross-ways. This helps you be able to sit in the same concert hall with your soon to be ex-spouse watching your child perform, and I help you understand how important that is to your child.

Mediation puts you in control of determining your own outcome.

People who go to court have to be afraid of the uncertainty of their outcome. Mediation gives you a faster, more efficient, well-crafted result that you fashioned yourself.

69% of mediation respondents were satisfied with their resolution, compared to less than half of those who went to court. The rates go up even further when dealing with issues like parenting arrangements and understanding your children’s needs and issues.

People want to win, without having to go to trial. There’s massive uncertainty if you don’t solve your issues in mediation. If you have to go to trial, someone else (a judge) is going to make all the decisions that you’re in a better position to make, and then you have to live with the decision.

Sometimes the decisions are not in your best interest, it doesn’t help do what you need it to do, because the court is looking at it from a whole different perspective. So you’re left having to take the court’s decision and live with it. Brenda tries to help each party understand that there’s life after this, and there’s value to resolving the matter now and that the net gain is probably better now, even though both parties may be giving more than they want, because of the risk, the law, and all of that uncertainty, you have a greater opportunity to eliminate all that.

People can generally live better with a result they negotiated, as opposed to one forced on them by court order. That’s such a benefit to you. Mediation helps you look out for your own interests when you’re trying to determine how you’re going to move forward and survive.

Litigation focuses on stopping the conflict rather than resolving it. People who mediate are less likely to end up back in court later for other issues or disagreements. Studies show mediated agreements tend to be more comprehensive and lead to higher rates of compliance with the agreement.

Why should you Mediate if you have children?

Mediation is better for your child’s mental health and well being.

But research shows parents who work together in mediation can reduce the negative impacts on their children.

Children whose parents mediate are less likely to display delinquent behaviors, and are less prone to experience depression, anxiety, and other mental health and adjustment issues associated with divorce.

Mediate because you know your child better than a judge.

You know your children better than a judge will ever know them, just having talked to both parents and listened to testimony in a couple of hours. Mediation is an opportunity for you to structure a parenting schedule that works well for your children so they flourish in spite of the divorce or on-going conflicts.

If you wait and go to trial, it’s uncertain what the outcome will be and you no longer are in charge of what will happen with your children.

The court acts as a SuperParent, because it establishes rules, boundaries, schedules, timelines that you have to follow whether you like it or agree with it or not, you have to do what the court says. So you lose some power and control as the parent letting the court make parenting decisions for you, which is frustrating for most people.

If you have the challenge of dissolving your marriage or working out your parenting issues in a contested matter, Brenda can help you resolve it.

You know your children better than anyone, you know whether or not your children are flexible or whether they need structure. Some children can go one week at mom’s and one week at dad’s and flourish, others don’t have that flexibility built into their nature and they don’t do well. So the court might not look at and consider that, they’re not going to get into what kind of personality does your child have. They have a broad brush, they can’t get into the specifics of who the child is, and Brenda can.

Mediation helps you co-parent more effectively after the conflict.

If you go to trial and you testify, you may be testifying about things that are true, but are negative about the other parent. Two people see situations differently, so you may be describing something that happened, a behavior by your spouse (or father or mother if the conflict is post-divorce), and they may see the situation in a different way. Even if it’s true, if you’re saying negative things, it makes it difficult to parent after the trial. So if you can avoid casting stones and being really negative about the other party publicly, you’ll have a better chance of being able to co-parent after the divorce or conflict.

Mediation helps you develop a resolution where your needs have been more directly addressed, and it allows you to maintain as cordial a relationship as you can, which is so important when you have children. When you go to trial and say things about the other party, things they’ve done that are bad, even though they’re true, it hurts the relationship of the parents to be able to go forward. Even if you’re telling gospel truth, it still has a negative impact. Once it’s said, it can’t be taken back and it effects the ability to parent going forward. 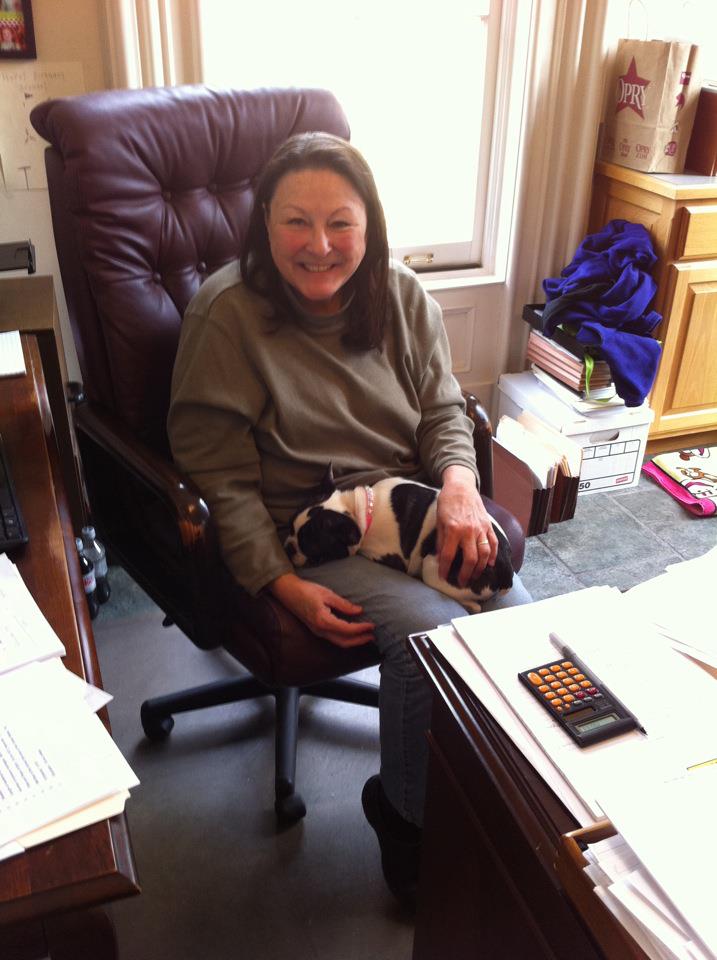 Brenda is a Rule 31 Listed Family Mediator. Brenda is well-known and respected by Nashville area judges and lawyers as an impartial and effective mediator with an excellent track record of settling cases.

Having an experienced lawyer who practices in front of the courts you’re in is necessary to have a strong and fair mediation.

Brenda has over 38 years of experience as a trial lawyer. This gives her a strong ability to look at a case and evaluate it effectively, She has practiced in front of the family law judges, and has a solid reputation of representing her clients aggressively and competently, which gives her the ability to take that into the mediation and provide some level of understanding and assistance to the people who are trying to resolve their own disputes. Brenda knows what the courts like and don’t like and what the trends are in terms of parenting and division of property so you can resolve your issues in a way that works for you.

“I love mediating because after practicing family law for so long, I saw the value in helping people resolve their disputes without going through the stress of a contested court case, the time that it takes, and the money that it costs. You can often net more in the end than if you went to court, and when you go to court there is a lot of uncertainty and the risks are high of not getting the outcome you want. I have a good track record of settling cases, and I pride myself in the success of helping people eliminate a stressful situation, fashion their own outcome, and save them money.”

Have a question? Want to schedule a free consultation? Send Brenda an Email